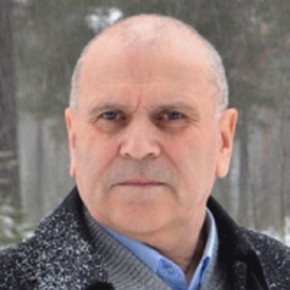 Saveliy was born in 1960 in the village of Avdarma, Moldavia, USSR. He has an elder brother and younger sister. He was involved in free-style wrestling and track-and-field athletics in his youth, and later he worked as benchman, carpenter, and zootechnician. Now he is retired with a physical disability. He likes to care for the flowers in his garden in his spare time.

In 1986, Saveliy moved from Moldavia to Surgut, and in the same year marred Olga who worked as radiographer. The couple like to harvest mushrooms in the woods. They have two daughters, the younger of which is still in school.

Saveliy’s loved ones well know the words of Jesus Christ that since he was persecuted, his disciples will be persecuted as well, so they support and encourage Saveliy as they can.