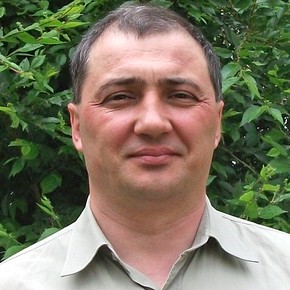 In December 2018, in the town of Neftekumsk (Stavropol Territory), three believers were arrested after mass searches in the apartments of citizens who were said to be Jehovah’s Witnesses. Among them was Shamil Sultanov. What does his background disclose?

Shamil was born in 1977 in the aul, a fortified village, of Makhmud-Mekteb (Stavropol Territory). He has an older brother and sister. As a youth, he worked as a shepherd and was fond of boxing. He is a specialist in complex maintenance and repair of buildings. He loves to work "on the plot" (at his yard).

In the early 2000's, Shamil became interested in the Bible and came to see its teachings as clear and understandable. Later he moved to the town of Neftekumsk with his mother. In 2004, he married Yelena, who works as a consultant in cosmetics and perfumery. Shamil actively assisted in raising a child from his wife’s first marriage. He also took care of his mother and mother-in-law.

Shamil's family and friends voice their concern for him. They are baffled that one so kind, caring and humble is under arrest.