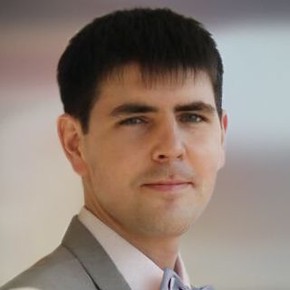 On 27 May 2018, in the city of Naberezhnyye Chelny (Tatarstan), Vladimir Myakushin was arrested during mass searches in the apartments of believers. Later, after 170 days in a detention centre, he was transferred to house arrest. He is charged under Article 282.2(1), 282.2(1.1) and 282.2(2) of the Russian Criminal Code in connection with “extremist activity”. What is known about this person?

Vladimir Myakushin was born in 1987. He is fond of basketball, winter sports and wood carving. He graduated with honours from Kamskiy State Automotive Technical School, and later from Kamskiy State Academy of Engineering and Economics. Until his arrest he worked as a leading engineer at an electrical equipment manufacturing plant for automobiles.

In 2013, he decided to live according to the teachings of the Bible, in which he found wisdom, clarity, logical answers to questions and a guide for life. In 2017, he married Svetlana, an accountant by profession. They are trying hard to live according to the pacific commandments of the Bible. That is why Vladimir’s relatives and friends, even those who do not share his religious convictions, are bewildered by his criminal prosecution.

Matrashov Konstantin
Матрашов Константин
Номер уголовного дела:
11802920009000256
В чем подозревается:
according to the investigation he participated in religious services, which is interpreted as organising, participating in and recruiting others into the activity of an “extremist organisation” (with reference to the decision of the Russian Supreme Court on the liquidation of all 396 registered organisations of Jehovah’s Witnesses)
Регион:
Tatarstan
Номер дела в суде:
1-184/2021 (1-1963/2020)
Расследует:
Investigative Directorate of the Investigative Committee for the Republic of Tatarstan
Населенный пункт:
Naberezhnyye Chelny
Текущая стадия дела:
приговор вступил в силу
Возбуждено:
25 May 2018