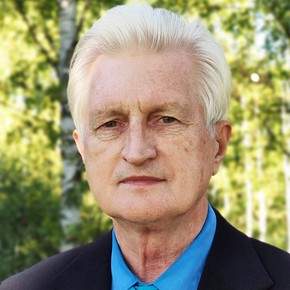 On October 9, 2018, five believers were detained in Kirov and charged with "singing Bible songs together... studying religious literature, the so-called Holy Scripture (Bible)." One of them is Vladimir Korobeynikov. What can be said regarding him?

Vladimir was born in 1952 on Dikson Island in the northern part of Krasnoyarsk region. His father was a polar explorer and oceanologist. Vladimir has two sisters. As a child, he was fond of airplane and ship modeling. In adulthood, he worked as a skilled metalworker. Now retired, he likes recreational fishing and making things with his hands.

In the early 1990’s, Vladimir and his wife Olga took an interest in the Bible. Vladimir was particularly impressed by what he came to understand are biblical prophecies, which had accurately predicted events both of the past and in modern times. Moreover, the application of counsel from the Scriptures helped unite their family which today is closely knit. They have an adult daughter and a son who say they love their parents very much and worry about their father, who remains imprisoned for his peaceful Christian beliefs.