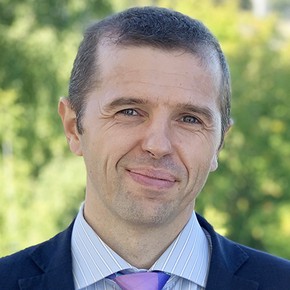 On October 9, 2019, five Jehovah’s Witnesses were detained in the city of Kirov. They were accused of “singing Bible songs together... as well as studying religious literature, namely the so-called ‘Holy Scriptures’ (Bible).” Yevgeniy Suvorkov is one of the detainees. Let’s find out more about him.

Yevgeniy was born in 1978 in the village of Kumyony (Kirov Region). His parents worked in a kolkhoz (a collective farm). They had two sons and three daughters. As a child Yevgeniy was interested in chess, hockey, radio engineering and music. Later his family permanently relocated to Kirov, the administrative center of the region. Yevgeniy chose to become an electrician and graduated from a training college. He worked for various local businesses. He is married to Svetlana and has an adult stepson.

At just 16 years of age, Yevgeniy showed a keen interest in Bible teachings and Jesus Christ's personality. Therefore when the time came for him to report for compulsory military service, he asked to perform an alternative nonmilitary service, as is outlined in Russia's Constitution. He eventually won his case and was granted alternative service.

After six trials for the right to live a life without violence, surprisingly this man is today being accused of extremism! Those who know Yevgeniy are shocked and cannot believe this charge against him. They hope these absurd accusations will be dismissed soon.