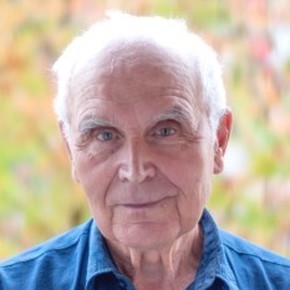 Boris Burylov was born in 1941 in Sevastopol. During the war his family was evacuated to the Perm Territory. His childhood was difficult — he had to work as much as an adult. He graduated from a technical school and later an institute and specialised in agronomy.

The memory of his mother reading parts of the Holy Scriptures to him even when he was a child is etched into Boris’ mind and this greatly impressed him. After the death of his mother he read all the Gospels on his own and dreamed of reading the entire Bible, but could not find one for sale. His dream was not realised until the 1990s. Then the truth from the Bible became an integral part of his life and under its influence he changed for the better.

In summer Boris spends a lot of time at his cottage caring for the garden, and in winter he reads a lot. For people who know him, it is astounding that this respected and peace-loving person is involved in a court case for extremism.

Vaag Yuriy
Вааг Юрий
Номер уголовного дела:
1187570001000085
В чем подозревается:
according to the investigation, together with others he conducted religious services, which is interpreted as “organising the activity of an extremist organisation” (with reference to the decision of the Russian Supreme Court on the liquidation of all 396 registered organisations of Jehovah’s Witnesses)
Регион:
Perm Territory
Номер дела в суде:
1-26/2021 (1-651/2020)
Расследует:
Investigative Department of the Directorate of the FSB of Russia for the Perm Territory
Населенный пункт:
Perm
Текущая стадия дела:
приговор вступил в силу
Возбуждено:
7 September 2018